Don’t get me wrong, I love people. But sometimes, I’d like to sit them down and say, “I was just on the bus yesterday with a pencil box in my backpack and a bow in my hair.”

I was recently chatting with an acquaintance and like any conversation I seem to have with curious people lately, the topic of dating was brought up. The topic of dating as well as my age and the, “you know, you aren’t getting any younger” pep talk.

Believe me, I know.

So I’m twenty-four and I’m not married and I don’t have children. But I do have an education and a job. I pay my bills and make my own meals and I recently bought a puppy. That’s got to count for something, right?

Now, I’m not against the idea of getting married and raising a family. In fact, I think I’d rather like that. And I enjoy the, “let’s get coffee” or “watch a movie” moments. So hear me when I say I’m not writing this to speak negatively towards any of that. And by that, I mean dating and marriage. When done well, relationships can be sweet.

But I could have sworn I was just on the bus yesterday headed to third grade praying I’d pass my math test (I was terrible at math). And I thought it was just yesterday I was diving in the river pretending to be a world famous olympic swimmer. And wasn’t it just yesterday I graduated from high school?

Okay, so graduation was eight years ago, but it sure feels like it was yesterday.

And when yesterday feels like I was a little girl, it’s hard to imagine I would even be old enough to consider dating, let alone marriage or kids.

But still, people persist I must start looking as if relationships are a big treasure hunt. And most the days, I find their persistence rather amusing. But some days, I find it insulting (and I mean that with the most respect). Because when someone says, “You should be married by now, or at least dating” it can make a person feel lonely and on those rare occasions, as if something is wrong with them.

I just simply didn’t go the route of seeking a man to marry first. Instead, I worked hard to pass my math tests and kept diving in the river. I graduated from high school and from wearing bows in my hair. I went to university; sometimes passing and sometimes failing. I 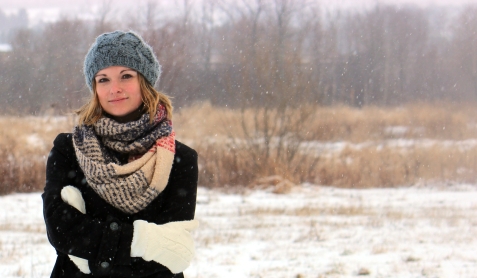 focused on learning and leaping; sometimes landing and sometimes falling. Many classmates married (and they are awesome and I love them), but some of us didn’t. And for some, it was a feeling of not being ready. For others it was simply because yesterday feels like 1st grade. For me, it was always both. So I went the route of seeking a different man. The carpenter who walked on water and understood relationships in a deep and real and different way.

We are all wired diffrently and so there are some who are reading this who managed to juggle school and work and love all at the same time.

I’ve spent the last twenty-four years of my life simply learning to love myself. And within those years, also learning to trust God with the deeper parts of me before I sought to reveal those pieces to anyone else. And through the loving and trusting I have learned that doesn’t mean there is anything wrong with me. It just means I didn’t want to be the wrong thing for someone else.

We live in a world full of broken relationships and the only way to heal them or to have healthy ones, is to follow Christ’s example. And He loved. I mean, LOVED.

So to all of you who have not married by the age of twenty-one, be encouraged and continue to love you. Pour yourself before God as He pours Himself into you before you pour yourself into any man or woman. Go to college (or don’t if that’s not your thing) and go on adventures. Don’t be afraid to do things alone but don’t run from relationships either. Go on dates and meet new people, but don’t feel the need to tie the knot because it’s the thing to do. Go on dates and meet people because relationships can be good, especially when they are rooted in the God who created Adam and Eve and called them good together.

7 then the LORD God formed the man of dust from the ground and breathed into his nostrils the breath of life, and the man became a living creature. 8 And the LORD God planted a garden in Eden, in the east, and there he put the man whom he had formed.

18 Then the LORD God said, “It is not good that the man should be alone; I will make him a helper fit for him.” 19 Now out of the ground the LORD God had formed every beast of the field and every bird of the heavens and brought them to the man to see what he would call them. And whatever the man called every living creature, that was its name. 20 The man gave names to all livestock and to the birds of the heavens and to every beast of the field. But for Adam there was not found a helper fit for him. 21 So the LORD God caused a deep sleep to fall upon the man, and while he slept took one of his ribs and closed up its place with flesh. 22 And the rib that the LORD God had taken from the man he made into a woman and brought her to the man. 23 Then the man said, “This at last is bone of my bones and flesh of my flesh; she shall be called Woman, because she was taken out of Man.” 24 Therefore a man shall leave his father and his mother and hold fast to his wife, and they shall become one flesh. 25 And the man and his wife were both naked and were not ashamed.